Beginning of Guidance > Our Tradition 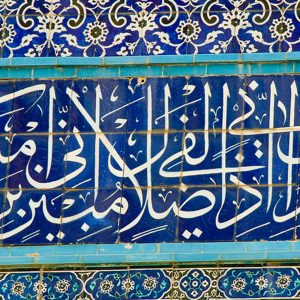 Allah sent His final Messenger to guide humanity back to their Lord with excellence and perfection. He adorned our Master Muhammad with the greatest intellect, the most expansive knowledge, the pinnacles of wisdom, and the highest levels of acumen. The Prophet peace and blessings be upon him called mankind to the religion with brilliant proofs, marvellous evidences, outstanding intellect, convincing arguments,  striking eloquence, strong rhetoric, and a broad knowledge of the varieties and methodologies of argumentation.

The first words which were revealed to the Messenger of Allah were, “Recite…” (Quran 96:1) and Allah has promised those who seek knowledge a lofty station in this world and the Next,  “Allah will raise those who have believe among you and those who were given knowledge, by degrees.” (Quran 58:11) Knowledge and wisdom has such a central position in this religion that Allah instructed His Messenger to seek an increase in it, “My Lord increase me in knowledge.’ (Quran 20:114) The Prophet highly encouraged his Umma to seek knowledge and he said, “Whoever treads a path seeking knowledge, Allah will make easy for him the path to Paradise. The angels lower their wings for the student of knowledge out of pleasure for what he does. The inhabitants of the heavens and the earth, and even the fish in the depth of the oceans seek forgiveness for him. The virtue of the scholar over the devout worshipper is like the virtue of the moon over the stars. The scholars are the heirs of the Prophets. The Prophets do not bequeath gold and silver; they but bequeath knowledge. He who acquires it has indeed acquired an abundant portion.” (Tirmidhi) Finally, the Messenger of Allah also spoke about himself and said, “Allah sent me as a teacher.” (Muslim)

How will you benefit?

The Messenger of Allah said, “Seeking knowledge is obligatory upon every Muslim.” (Ibn Majah)  In thirty-six weeks, you will gain a wholesome, relevant, contexualised and broad understanding of this beautiful religion which has reached us through unbroken chains of narration through the greatest scholars that ever tread this earth. You will find yourself increasing in knowledge with every session that you attend which in turn shall increase your God-consciousness, improve your relationship with the Divine, help you gain more consistency in worship, and assist you in becoming a better person at home, at work, and in society. The course aims to clarify misconceptions, to give hope to those in need, to answer the questions of those who seek, to enlighten those stuck in confusion, and to encourage the believers in a time of despair.